When it comes to the hot tub and spa manufacturers, Coast Spas is one of the leading brands in the industry. Coast Spas have a strong reputation for products that belong to a high-quality, luxurious model in the spectrum of this industry.

Coast Spas are the manufacturers of some of the most enjoyable, safest, and elegantly designed products that are currently available on the hot tub market and they are ranked within the top five Canadian got tub and spas manufacturers list for the year of 2021. This fact simply goes to show of goes to show how much effort and hard work is invested in innovation in this company and the power of envisioning new and creative ways of meeting the customers’ needs in this multi-million dollar industry that expands by the moment.

The innovative approach of Coast Spas includes some of the truly ground-breaking technology such as their adaptation and use of hydro cyclonic filtration system, that is designed for keeping the hot tub clean and free of any contaminants inside the water. This system is designed to keep the hot tub filters clean at all times, stopping the contaminants to re-enter the water flow of a hot tub.

Another innovation that puts their products at the very top of the best-designed hot tubs currently on the market is the unique Infinity Edge water displacement which they use for the enjoyment of customers and a high back design, allowing hot tub users to fully relax and enjoy the experience. The water displacement design Coast Spas uses means that no matter how many people are in the hot tub, its system automatically adapts to the increased volume and converts the extra mass, so no water is displaced from the hot tub.

Coast Spas does not sell their products directly on their website, but use a wide array of hot tub dealers that sell Coast Spas their products at various prices. The general price range is between $8 500 — $61 500.

The price of Coast Spas products does not solely depend on the models and accessories, but also on dealerships that sell their products. Coast Spas products are one of the most luxurious and coveted hot tubs on the market, so they have quite a few dealerships that are spread in different areas. The living standard of the area or state where a dealership is located has an important impact on the price of their products as well. To make it easier for customers to access and find their products, Coast Spas offers an option called “Dealer Locator” on their website, that allows potential buyers to locate the closest Coast Spas dealership and check out what they have to offer. At the moment, dealerships for Coast Spas are located only in the United States, but this fact, due to the rapid increase in demand, may change very soon.

The main factor in determining the price of the Coast Spas product is, of course, the model a customer is interested in. Some customers prefer to buy a basic model at first, which is more affordable in the long run, and then install upgrades and accessories of their own choice. The most luxurious and expensive models come with a complete set of accessories and ready-to-use features. These products target the high-earning part of the market with limited time to spare.

Finally, in terms of Coast Spas product prices, size does matter. The number of people that the hot tub is designed for also plays a role in regards to pricing. The more people a hot tub can accommodate, the more expensive it is. Choosing the right hot tub with the right price tag is always a challenge, especially when buying a product that will be in use for years.

Although a lot of Coast Spas product consumers are happy with their purchase, some feel otherwise. The most common issues that customers mention are poor customer service, the difficulty of repairing the hot tub due to cheap parts, and complaints toward the company itself.

Coast Spas products are a high-end manufacturer and their products can be quite expensive and represent a significant investment for the average buyer. This is why rating such products is very important, as it provides an overall picture of the potential and rentability of purchasing and owning a Coast Spas hot tub. At the moment, based on the list compiled by a blog that rates these sorts of products, listed under the category of Pools, Spas, and Plumbing Supplies, Coast Spas is ranked at 38th place out of the total 484 brands. One should keep in mind that this blog is dedicated to providing a voice for those who wish to raise their voice against flawed expensive products or those that do not function.

The main source of complaints regarding Coast Spas products is actually related to the manufacturer itself and the subsequent service they provide. Very often, complaints related to Coast Spas are raised because of their staff and affiliated associates, starting with dealership workers, to repair service personnel.

Another source of complaints related to Coast Spas manufacturers is the quality of parts they use. A certain amount of customers have reached out to the wider community of hot tub owners, warning them that Coast Spas hot tubs use cheap and low-quality components. According to their claims, the problems regarding some of the main components of hot tubs – such as jets, heaters, etc arise almost from the start. Having to fix them causes only additional stress and inconvenience because of the mentioned customer service.

Lastly, complaints regarding Coast Spas dealerships have also been made. The dealers who sell Coast Spas hot tubs have been called out for not telling the truth regarding the product and have no moral compass when it comes to selling the more expensive hot tubs and accessories that can be additionally added.

The equity firm itself is actually made up of two separate companies, combining the demand and distribution of hot tub products on the market. Coast Spas Manufacturing Incorporated is one of the leading hot tub manufacturers on the market. Their reputation was built on and still based on constant innovations. The company is considered one of the top designers of hot tubs in the world. The second company consisting Coast Spas Group is Coast Spas Lifestyles Incorporated, a company that provides its services as a retailer of hot tubs, spas, and other products designed for recreational purposes.

By combining the two separate parts of a successful business – creating a product and offering it on the market for customers, the equity firm in question has created a very profitable business model on which they operate. The creative design of hot tubs such as the Infinity Edge Hot Tub, that became available on the market in 2015, is one of the examples of why Coast Spas Group has achieved such a high rate of success. This design is considered a major breakthrough in hot tub production because it provided to potential buyers something never seen before on the market. Using its selling and marketing base company, Cost Spas Incorporated, it became a worldwide hit within the hot tub enthusiasts community.

From their manufacturing facility in Langley, British Columbia, 6 different lines of Coast Spas products make their way all around the world, to countries as far as the Middle East, or Central and Eastern Europe.

How do you clean a Coast spa hot tub?

Coast spa hot tubs are recommended to be clean with a soft sponge or piece of cloth that has been soaked with the use of common household items, such as soap or liquid detergent. After cleaning, the surface needs to be rinsed with fresh water.

Thanks to the unique reinforced acrylic fiberglass material of which Coast spas are made of, any surface impurities such as stains or common dirt cannot stick to the surface itself, but simply slide away and are cleaned through the filters of the hot tub.

One of the very reasons why Coast Spas are considered a great hot tub manufacturer is their specific filtration system. Coast spa products use the hydro cyclonic filtration system that operates in such a way that the dirt, contaminants, and any other particles caught by the filter do not remain in the hot tub filter when changing it nor when hot tub pumps are turned off. Instead, by using Water Diversion Blade® technology (also a Coast Spas innovation) they are evenly dispersed around the outside part of the filter. This way of filtration ensures that the filters are not full of captured particles and impurities while the hot tub is being used by their owners (or other bathers).

To undergo a full and thorough cleaning process, hot tubs need to be drained every three months, approximately. This depends on the fact of how frequently the hot tub is used. Draining the Coast spa requires the power to be turned off. This is done by powering the hot tub off at the breaker. A garden hose is then attached to the drain valve located at the corner of the kick plate after the safety cap is removed from the hose.

Once completely drained, the inner part of the hot tub can be cleaned with a household mild cleaning liquid or soap. This requires much less effort in comparison to some other hot tub models but is equally (if not more) effective. The Coast Spas manufacturer brand is often advertised for its clean environment and as an easy to clean product.

Continue Reading
link to How Much Does a Hydropool Hot Tub Cost? 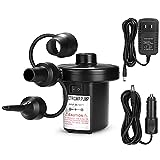 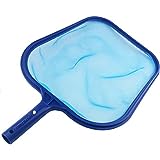