Towel warmers can be left on indefinitely. The majority of towel warmers contain internal thermostats that allow them to reach their set temperature and hold it without overheating or posing any damage.

Additionally, towel warmers should have safety components that force them to shut down if they do overheat for any reason.

However, users should be aware that allowing towel warmers to be heated at all times may cause quite a jump in the household energy bill. Therefore, it might be desirable to set the towel warmer in use on a timer in order to preserve energy while still reaping the full benefits of the device.

Can you dry clothes on a heated towel rail?

Clothes can be dried on a heated towel rail. In fact, doing so is a great option for those who may not have a drying machine or who are looking to save a few dollars on their electric bill.

Towel rails use far less energy than electric clothes dryers, work quickly and effectively, and can be left on overnight to be put to use during off-peak hours when electric costs are typically lower than average.

However, it is important to ensure that air is left circulating in the room chosen to dry clothes via a heated towel rack in order to prevent mold from accumulating.

Do You Know How To Keep Hot Tub From Freezing During Power Outage ?

This is one of my most popular articles in the category and there is a reason for it. You can read this article here.

Towel warmers work effectively to heat towels and other items and to dry them if wet. However, the heat provided does not stay long. Similarly to clothes taken out of a drying machine, once taken off the warmer, towels and other clothes quickly lose their heat as it dissipates into the air.

Why isn’t my towel rail heating up?

The most common cause of failure in towel rails is attributed towards air becoming trapped inside and building up within the radiators. This often causes heated rails to become colder at the top and bottom and causes a spike in energy bills as the rails are forced to work harder. Luckily, the problem is typically solved easily by bleeding the towel rail.

Do towel rails heat the room?

Heated towel rooms provide enough heat to effectively warm the room in which they are placed and any towels or clothing as well.

As a result, heated towel rails make stylish substitutions for outdated radiators in any bathroom. However, they work best in smaller rooms, and additional methods of heating may be necessary in very large rooms.

Do heated towel rails use a lot of electricity?

Heated towel rails do not use much energy. In fact, given their variety of uses, they are often a great way to cut back on energy costs. The energy used by a single tail rack is comparable to that used by an electric light bulb.

Can you put wet towels on a towel warmer?

Wet towels can be placed on a towel warmer if done so correctly. In order to be properly dried with towel warmer, regular sized towels should be folded in half and placed on the warmer.

However, if a towel is exceptionally large, it should be folded in half twice before being placed on the warmer. Then, the towels are safe to be left to dry.

How long does it take for a towel warmer to heat up?

The average amount of time a towel warmer takes to heat up is roughly 20 minutes. However, depending on the size and make of a towel warmer, they can take anywhere from 15 minutes to an hour to reach their desired temperature.

How much is a towel warmer?

The rate varies depending on the size of the warmer and the materials used to make them. Stand-alone warmers with simple designs, cheap materials, and minor accessories cost far less than large, elaborate warmers that are complete with luxurious features and expensive materials.

Why is my heated towel rail cold at the top?

Towel rails often turn cold at the top and bottom due to air being trapped within their radiator. This is a common occurrence and is easily fixed.

Why do towel rails have two valves?

Towel rails have two valves in order to regulate the flow of water coming in and out of the radiator. One valve works to carry heated water from the boiler.

Meanwhile, the second valve takes old, cooler water back to the boiler in order to be reheated and used again. Without these valves, the water would remain stagnant, and heating would be ineffective.

Why is my heated towel rail making a noise?

Noises made by a heated towel rail can most often be attributed towards air bubbles being trapped inside. In addition, noise might also be caused by pipes warping as they are exposed to various heat levels that cause them to expand and contract.

However, it is possible that warping is being caused by the tension of wooden joints as the wood and metal break. If this is the case, a plumber should be hired to remove the wooden joints.

Finally, noise may also be created by a boiler kettling. While rare, this causes radiator pipes to become blocked and is a serious problem that should be addressed by a professional immediately.

If used properly towel warmers can be completely safe. For instance, power cords should be plugged in completely.

Next, power cords should be regularly checked for any damages as rips and tears are considered especially dangerous around water and damp environments.

Finally, experts should install towel warmers and ground-fault circuit interrupter outlets should be used to prevent any water from coming into contact with the power cord.

Of course, children should not be allowed near towel warmers, and users should be careful at all times. However, as previously mentioned, if proper care and common sense are utilized towel warmers are considered to be safe. 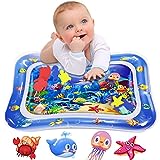 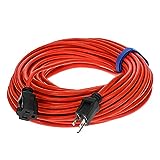